Taking a rare break in their day, women gossip at the Khan's camp. The origin of the word Kyrgyz is believed by scholars and Kyrgyz alike to derive from two words - kyrk (forty) kyz (maidens) - a reference to the mythical progenitors of the Kyrgyz people..At the Qyzyl Qorum camp. It is the camp of the now deceased Khan (Abdul Rashid Khan, died in December 2009), and headed by the self proclaimed young Haji Roshan Khan (his son). Opium addicted Haji Roshan was never officially stated Khan and is therefore not accepted as leader by the entire Kyrgyz community. 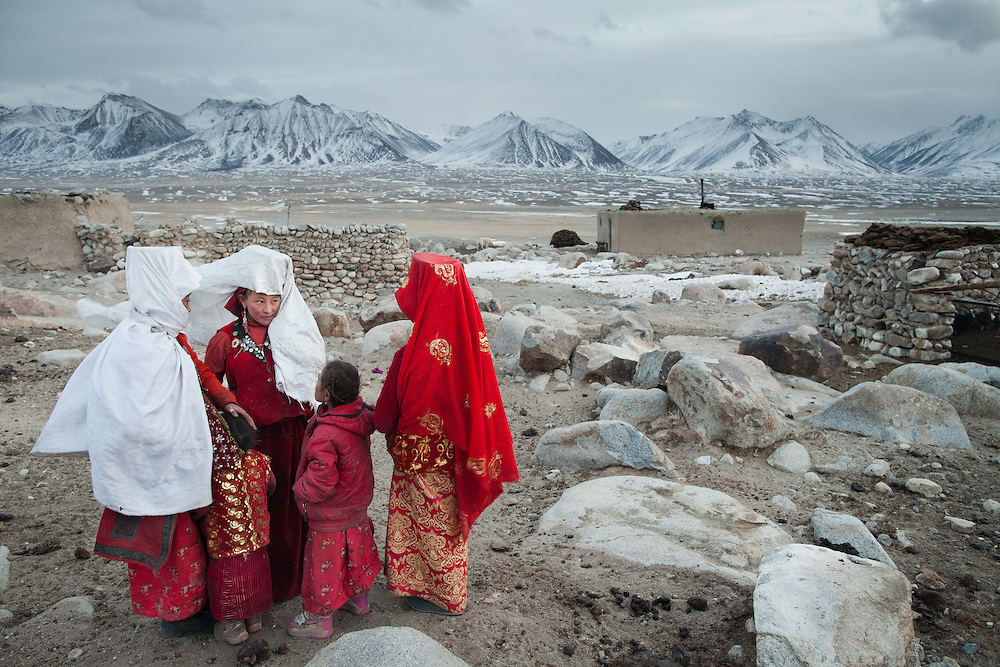