In Bash Gumbaz, a former Russian observatory or maybe a hangar for helicopters...

Driving on the Pamir Highway (M41) from Khorog through the Pamir mountains. 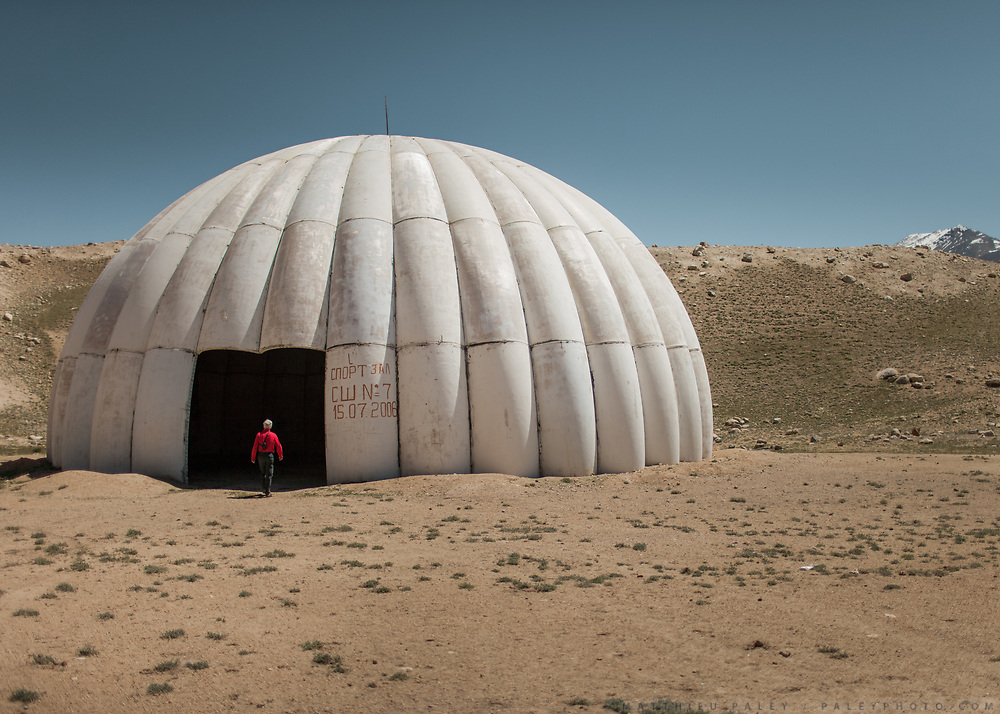