Young girl playing with a swing, on the last tree of the remote Devlokh settlement in the Bartang valley, Roshan district, nearby Khorog.

Khorog is one of the poorest areas of Tajikistan, with the charitable organization Aga Khan Foundation providing almost the only source of cash income. Most of its inhabitants are Ismaili Muslims. 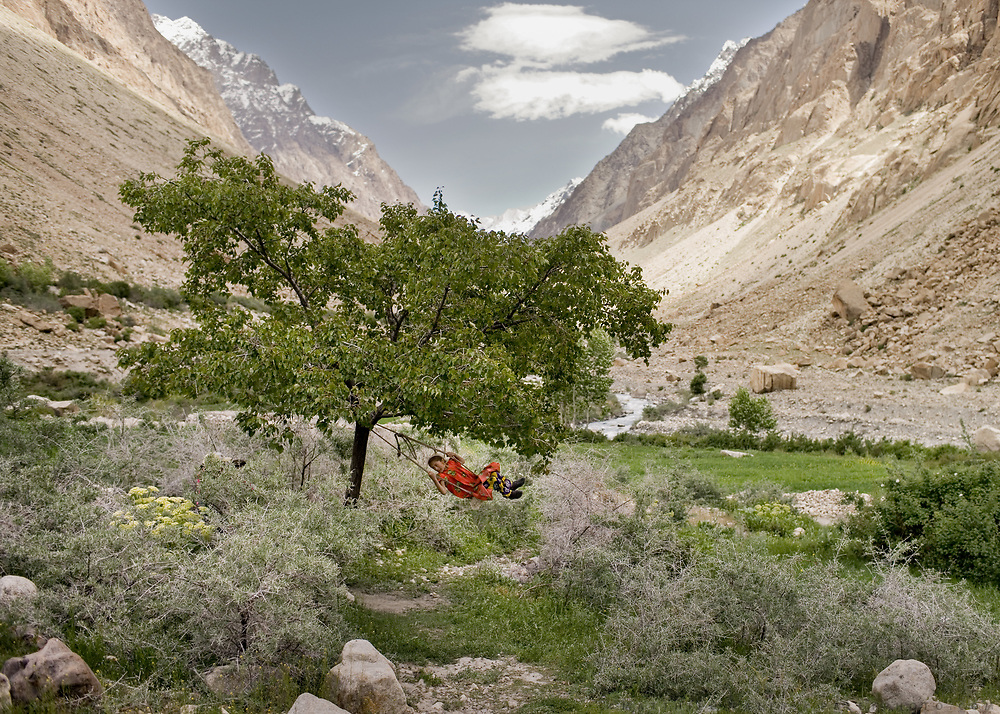