The Tajik army patrolling the Afghan- Tajik border near the Bibi Fatima village in the Wakhan Corridor, Tajikistan side, in the Pamir mountains. Afghanistan is on the other side of the Panj river. 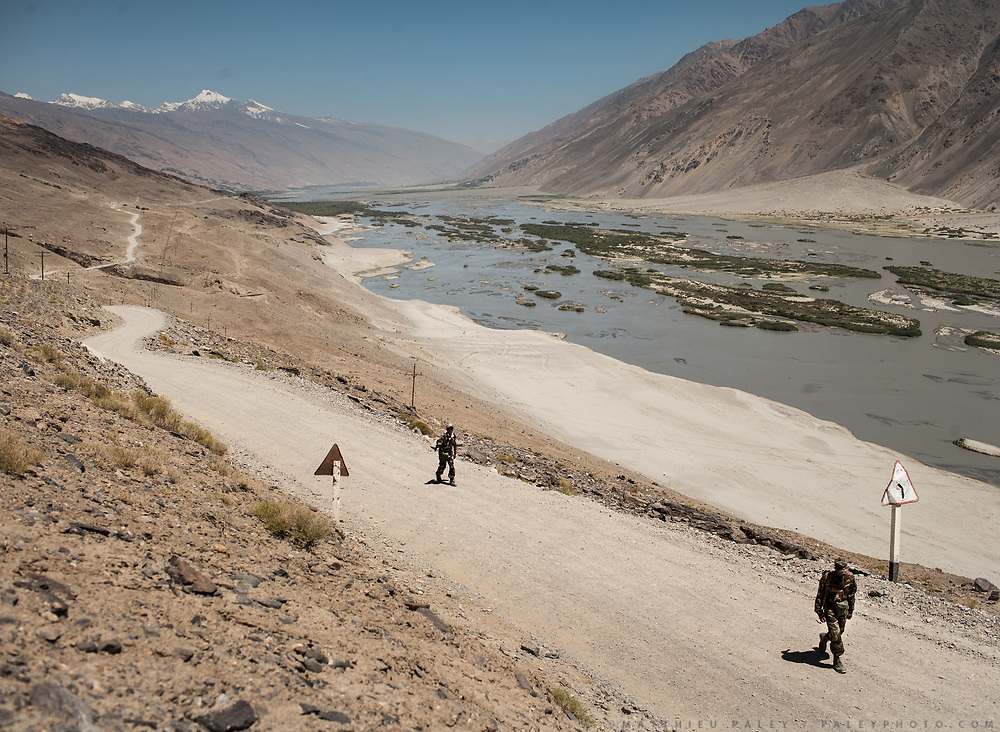