An old map showing former Russia on the wall of a run down sanatorium.
In the Wakhan Corridor, Tajikistan side, in the Pamir mountains. Afghanistan is on the other side of the Panj river. 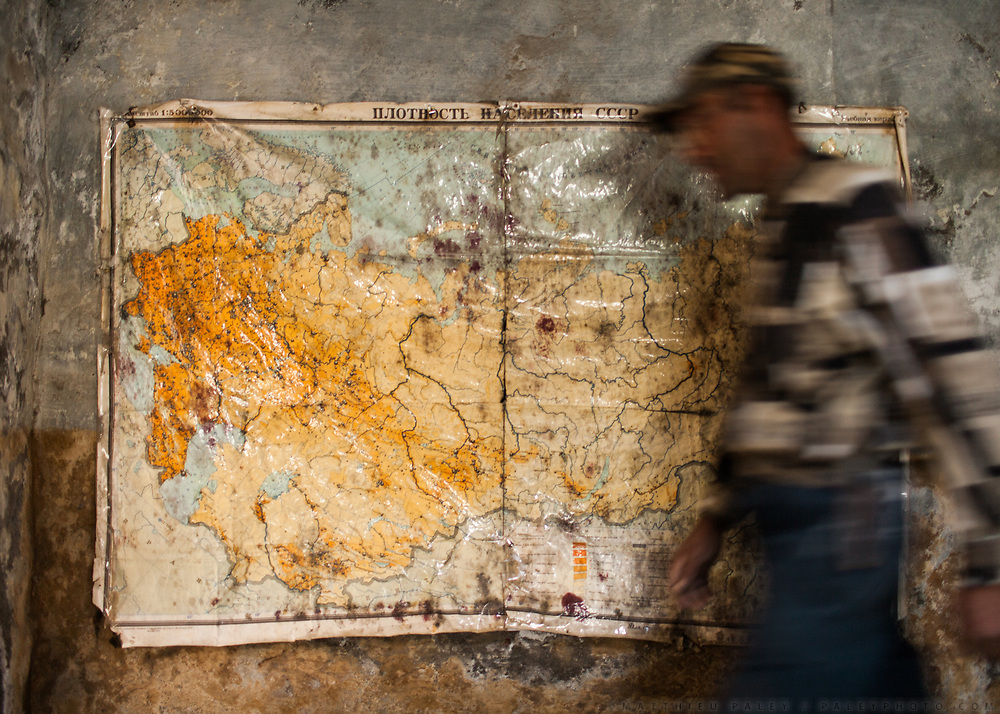