Tourist and child taking a break on the Pamir highway - Afghanistan in the background. The Pamir Highway (M41) linking Dushanbe, capital of Tajikistan and Khorog, capital of the p[rovince of Gorno Badakshan, in the heart of the Pamir mountains. 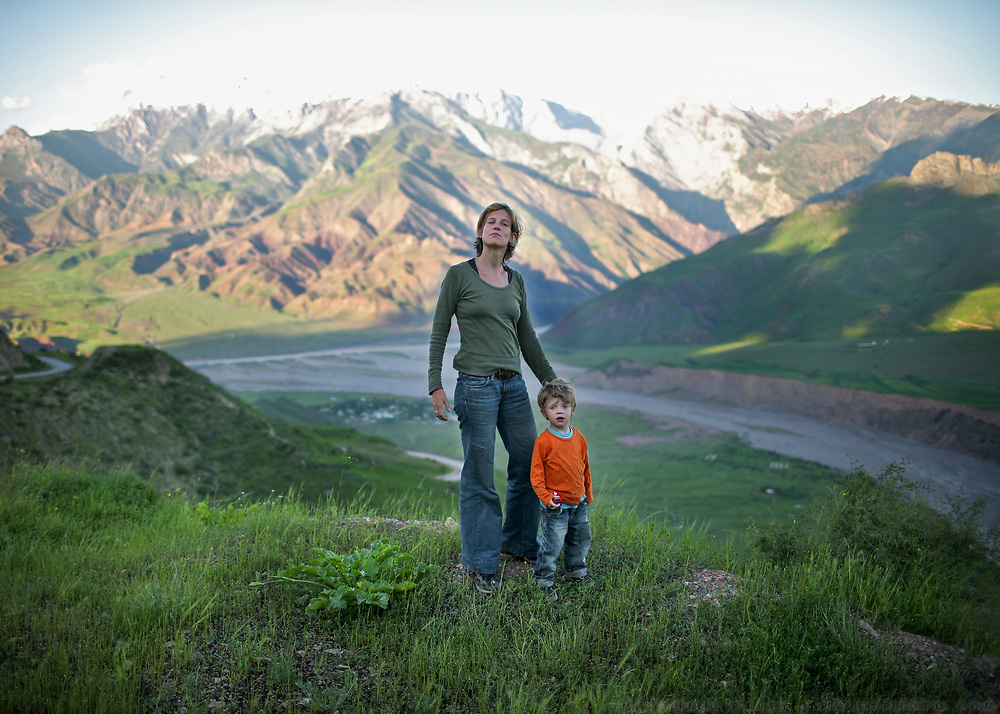