Cooking with traditional stoves in the desert. A horse festival taking place near Murghab town, off the Pamir Highway, to try and revive the ancient Kyrgyz horse traditions, many of which have been lost during the Soviet era. Pamir mountains. 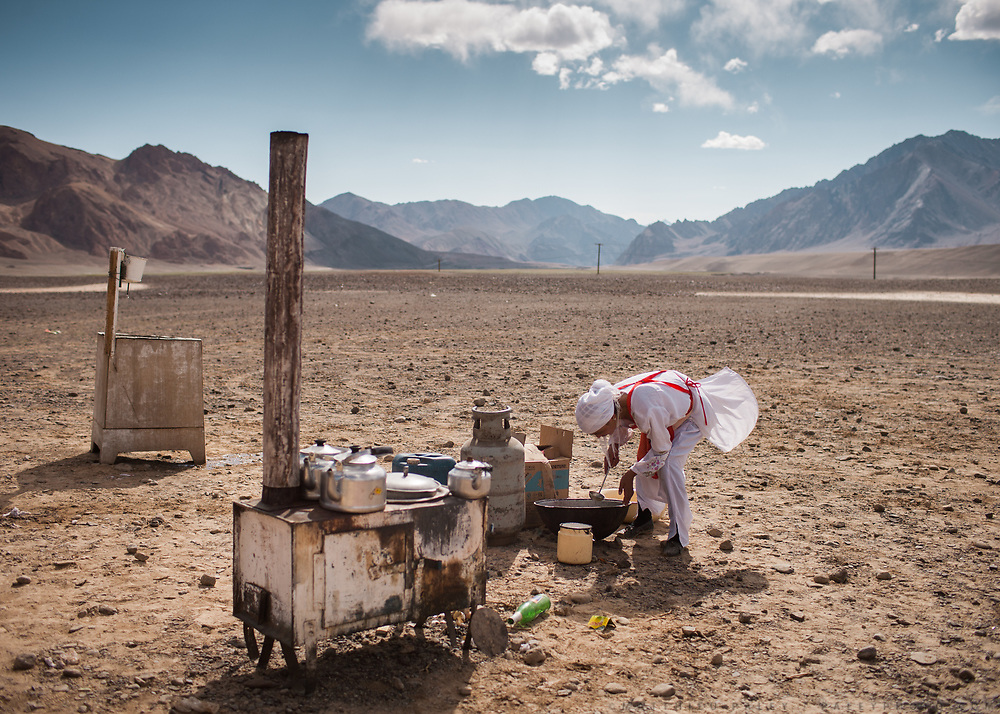