Young girl friends at the celebration of the "Roof of the World" festival taking place in summer, to celebrate traditions and music of Central Asia. Musical guests come to Khorog from almost all central asian countries. 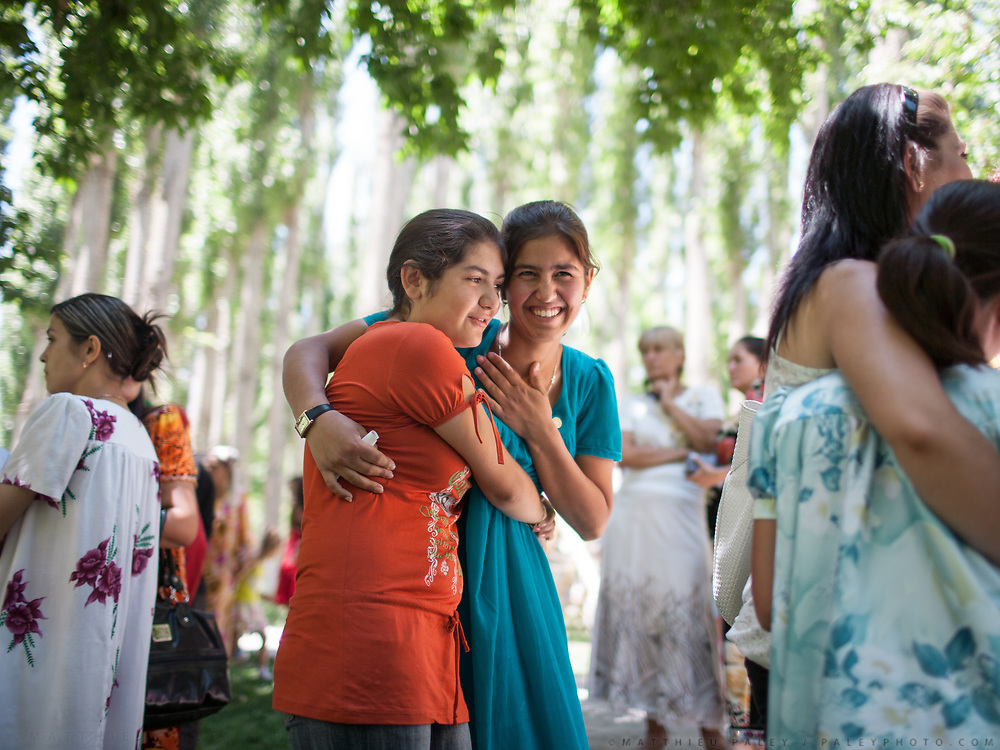