Picture of a child and clock hanged in Yodgar's house (a "Khalifa", spiritual leader) in the Langar village, in the Wakhan Corridor, Tajikistan side, in the Pamir mountains. Afghanistan is on the other side of the Panj river. 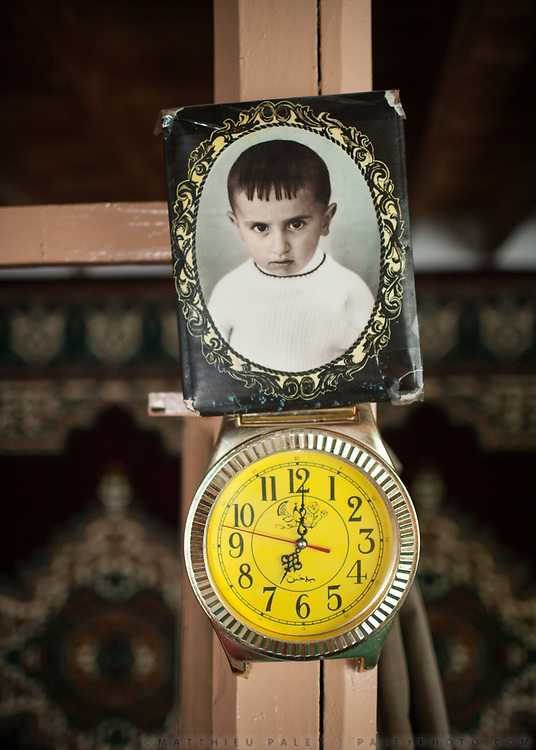