Detail of wall paint made in China at Azima house. 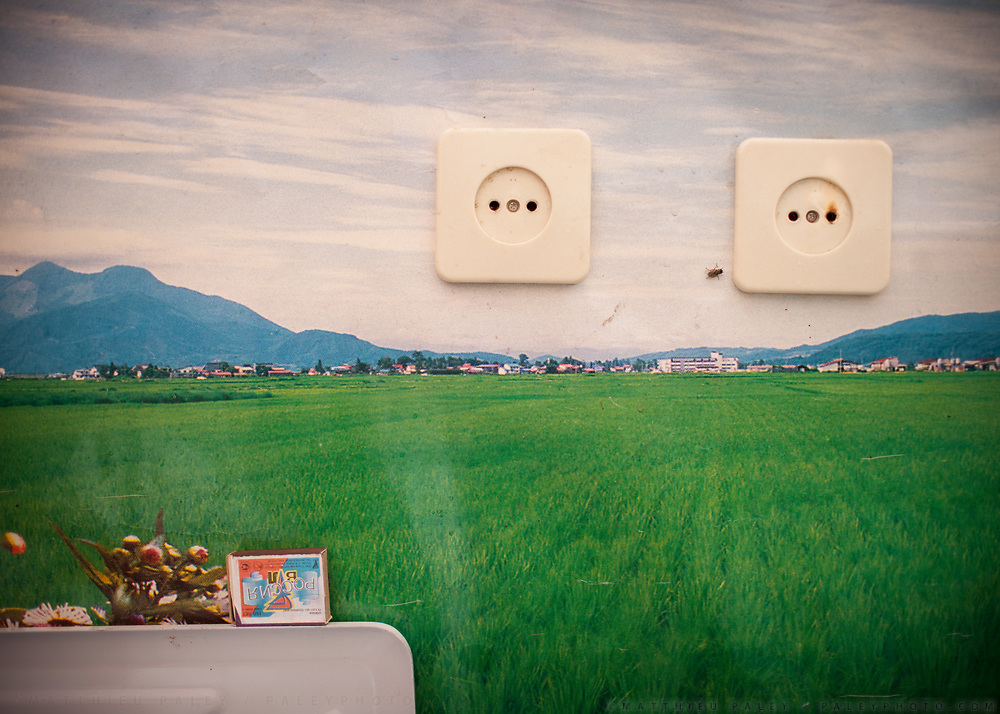