Statue of Stalin in a Pamiri house.
The town of Khorog (2200m), is the capital of the Gorno-Badakhshan Autonomous Province (GBAO) in Tajikistan. It is situated in the Pamir Mountains (ancient Mount Imeon) at the confluence of the Gunt and Panj rivers.
The city is bounded to the south and to the north by the deltas of the Shakhdara and Gunt rivers, respectively. The two rivers merge in the eastern part of the city flow through the city, dividing it almost evenly until its delta in the river Panj, also being known as Amu Darya, or in antiquity the Oxus on the border with Afghanistan. Khorog is known for its beautiful poplar trees that dominate the flora of the city.
Khorog is one of the poorest areas of Tajikistan, with the charitable organization Aga Khan Foundation providing almost the only source of cash income. Most of its inhabitants are Ismaili Muslims. 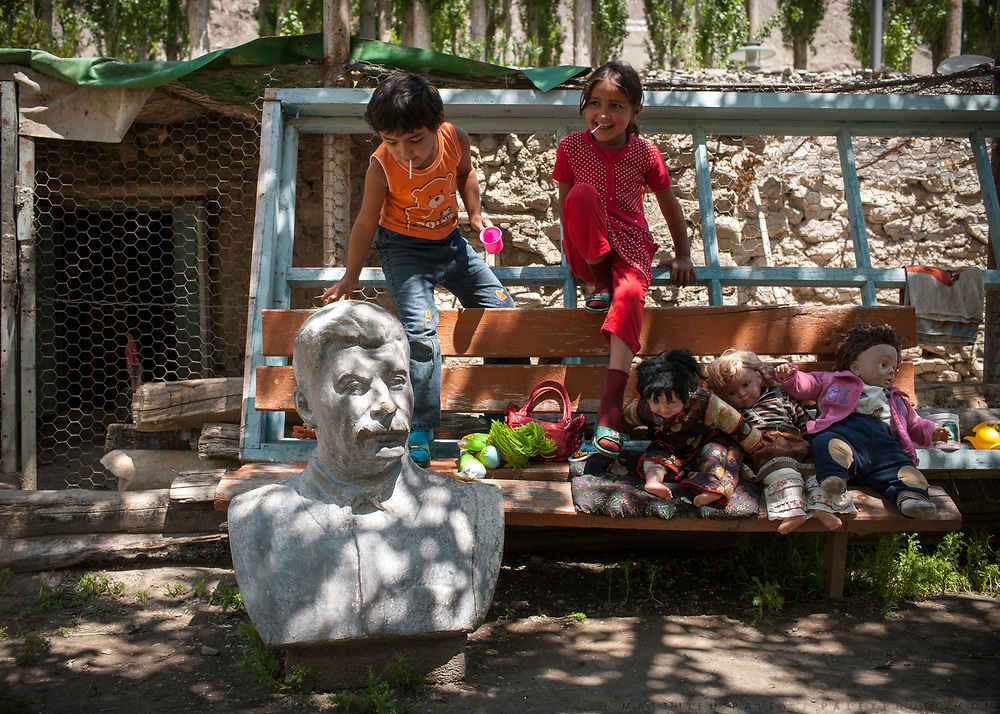