Portrait of Stalin in the local museum in Khorog, with socialist era object, a wildlife section etc. 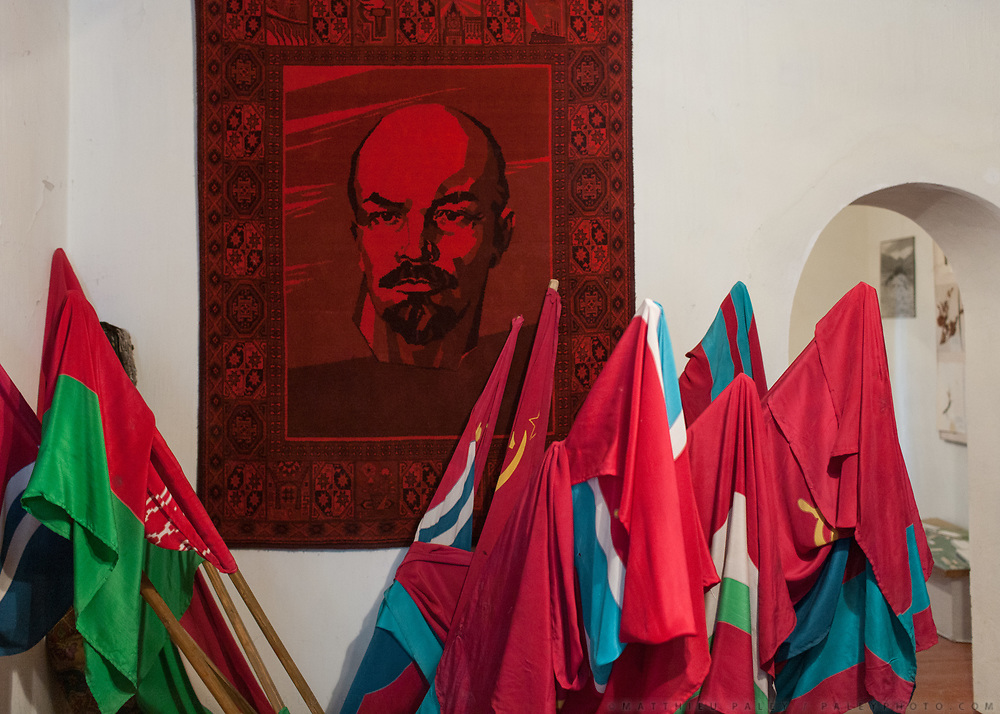