Actress Ayça Bingöl (Cemile Akarsu in the film - in white) and Farah Zeynep Abdullah (Aylin Akarsu in film - in black).

In Istanbul, Turkey, during the shooting of the 46th episode of Öyle Bir Geçer Zaman Ki ("As Time goes by"), a very popular Turkish drama television series broadcast by Kanal D and produced by Productions D.
The series got many awards and broke several viewer records with a continous weekly market share of 50- 60 % and an average of 25- 30 million viewers each week in Turkey and more in the Turkish migration countries.
Such drama series have become pop-culture phenomenon abroad, especially in the Arab world, Eastern Europe, Middle East but also all across Africa. By way of highlighting aspects of Turkish lifestyle, they have an increasing geopolitical impact on the region.
In Saudi Arabia, Gumus's final episode (a popular Turkish melodrama) attracted a record 85 million Arab viewers when it aired in Aug. 30 2011. 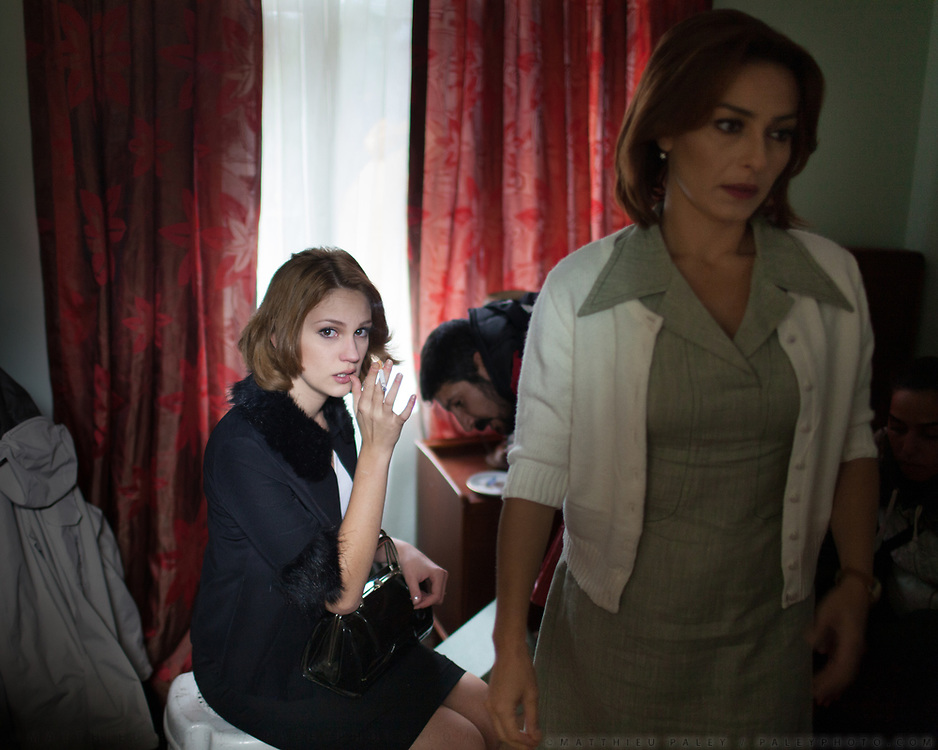