Djibouti, For a piece of Africa

Stark contrast. An illegal Ethiopian immigrant gathers salt to sell at the market. In the distance, the new terminal juts out far into the ocean. It can accomodate 1.7 million containers, as well as large ships that unload their cargo onto smaller ships. It is the most modern port on the eastern coast of Africa, and one of the most expensive in the world. Worker collecting salt. Right across from the very modern New Port of Djibouti, Oromo people (of Ethiopia), some of them illigal immigrants, are collecting salt. They dig holes, the sea water sips through and evaporates. They then collect the salt. All work is done by hand. They live in extreme conditions, in houses made of collected garbage...The geostrategical and geopolitical importance of the Republic of Djibouti, located on the Horn of Africa, by the Red Sea and the Gulf of Aden, and bordered by Eritrea, Ethiopia and Somalia. 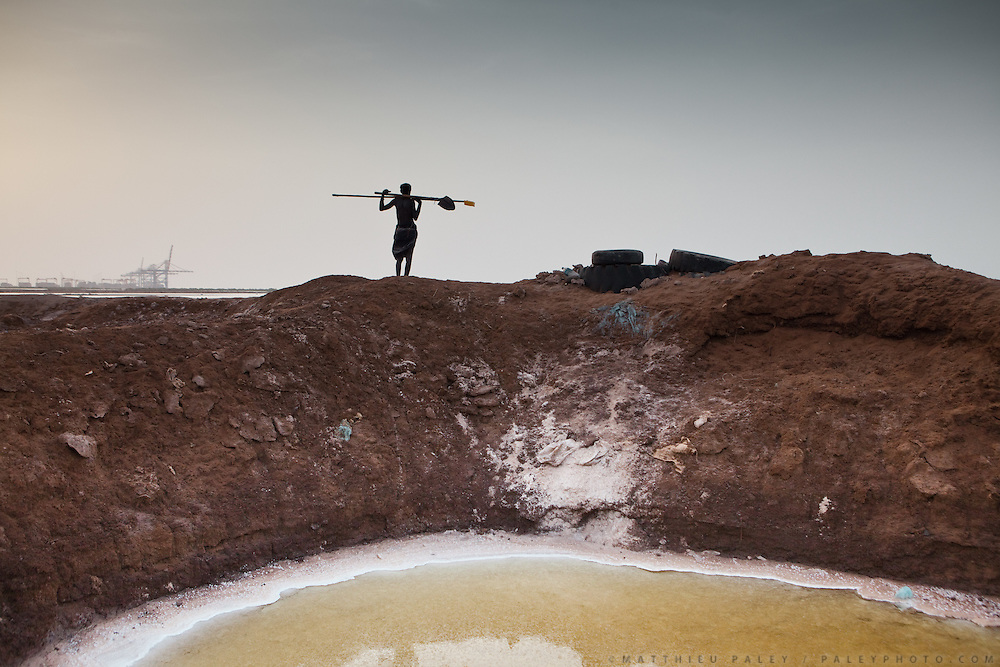