Djibouti, For a piece of Africa

Empty artillery shells after a night test firing tanks. French Foreign legion. To organize such war simulation excercises in France would be impossible...North of Djibouti town, in the desert, the French Foreign Legion (the 13th Foreign Legion Demi-Brigade) is practicing shooting with FAMAS rifle in a firing range, as part of an excercice on guerilla war, in an environment very similar to the one encountered, for example, in Afghanistan...The geostrategical and geopolitical importance of the Republic of Djibouti, located on the Horn of Africa, by the Red Sea and the Gulf of Aden, and bordered by Eritrea, Ethiopia and Somalia. 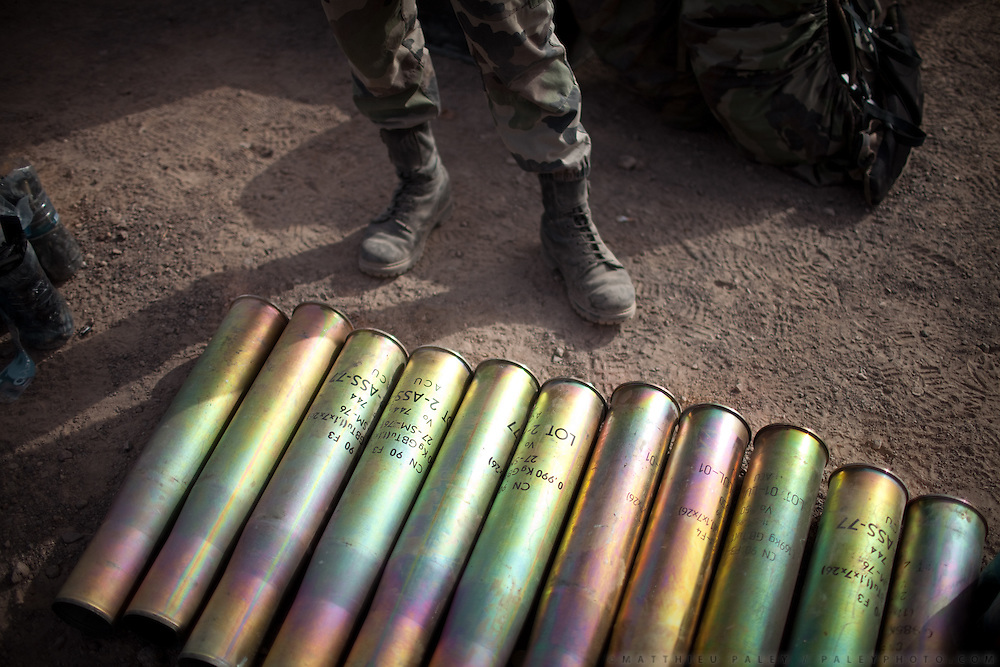